skip to main | skip to sidebar

Hey, Uncanny Fans, the service we're using to bring you free podcasts will only keep the shows up if they continue to be downloaded. So, if you haven't checked out all the shows, now might be a good time to catch up. Linda and I hope to keep all the shows available, but we need your help to do it! And remember, you can use the comment function on the blog to give us feedback. Let us know who are your favorite guests and who you want to hear more from. Next week, Nick Redfern makes his second appearance on the show, this time talking about Loch Ness. Give his first appearance a listen if you haven't already. Keep the podcasts alive!
Posted by Stephen D. Sullivan at 11:09 PM 1 comment:

Steve Cook is a 27 year veteran of the radio industry and a freelance writer. In 1987, he deployed a lifelong interest in folklore creatures and ghost stories to create a song entitled "The Legend." The verses of the song spin the tale of a half-man, half-dog creature that roams the woods of northern Michigan, primarily in the seventh year of each decade. Originally intended as an April Fool's joke, the reaction to the song surprised everyone at the station. After it aired, calls began pouring in from people claiming to have seen a creature exactly like the one described in the song. So began a two-decade search for the real Michigan dogman - a search that has uncovered startling evidence that it may not be a myth. Some of that evidence is revealed for the first time in "The Legend - Legacy Edition," a CD/DVD set released that is part entertainment, part investigative journalism. Released by MindStage Productions, the Legacy Edition features the latest versions of "The Legend" and "The Sigma Story" songs, three chilling ghost stories, a music video, and "Encounters - The Evidence," an 18 minute documentary that offers expert analysis of several photographs and film that claim to show the Michigan dogman in the flesh (or fur - as it were). Proceeds from the sale of the Legacy Edition are donated to animal rescue groups in northern lower Michigan. For complete details about "The Legend" and the new Legacy Edition CD/DVD set, please visit http://www.michigan-dogman.com
Posted by Stephen D. Sullivan at 10:45 PM 1 comment:

Friend of the show Noah Voss has organized the Unexplained Conference in Madison Wisconsin this weekend. There's a nice article about Noah and the show here. Linda will definitely be there, talking and signing her books, and (family schedule willing) I'll be making the trip as well. Hope to see you there!
Posted by Stephen D. Sullivan at 9:35 PM No comments:

" I recently did an interview with a reporter from the Traverse City Business News. She was doing a story on the Michigan Dogman. My next Ely Stone novel, Witiku, the Shape Shifter, features this mysterious canine and as an elder Shawnee Indian, and she wanted to ask me questions pertaining to both of these things. One of her questions was about whether or not I think the Dogman is real or just a Native American legend... David Walks-As-Bear is a Kispoko Shawnee Indian. He is an author and syndicated newspaper columnist, living in Northwest Michigan and on the Big Island of Hawaii. Contact him at The White Lake Beacon: 231-894-5356 or visit his website at: www.Walks-As-Bear.com 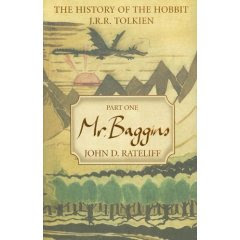 Probably the only Tolkien scholar to hail from Magnolia, Arkansas, John D. Rateliff moved to Wisconsin in 1981 in order to work with the Tolkien manuscripts at Marquette University, where he received what he likes to call 'a doctor's degree in fantasy' (his Ph.D. dissertation was on the work of Tolkien's great precursor, Lord Dunsany). He has been active in Tolkien scholarship for many years, helping to organize two major Tolkien conferences. While at Marquette, he assisted in the collation of their holdings with those that Christopher Tolkien was editing for volumes VI through IX of The History of Middle-earth series. In addition, in 1991 he joined TSR as a roleplaying games editor in 1991 and later worked for Wizards of the Coast as well as freelancing for companies like Green Ronin, White Wolf, and Guardians of Order. He has worked on three Tolkien rpgs over the years, one of which actually got published (Decipher's), and has edited or written many, many rpg projects in the last seventeen years, including co-editing the Third Edition D&D Player's Handbook and Dungeon Master's Guide and d20 Call of Cthulhu. He now lives in the Seattle area with his wife and three cats, only one of whom is named after a Great Old One. 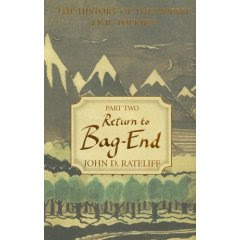 His most recent project is The History of 'The Hobbit', an edition of the complete rough draft of J. R. R. Tolkien's The Hobbit with extensive commentary on Tolkien's sources and changes to the story, which has been published by HarperCollins in two volumes: Mr. Baggins (vol. I) and Return to Bag-End (vol. II).
Posted by Stephen D. Sullivan at 7:08 PM No comments:

A sharp-eared listener has pointed out that in show 003 (with Mark Moran), I mentioned the Nazca lines as being in Chile.  That is, of course, incorrect.  The famous Nazca Lines are actually in Peru.  My apologies to all our Peruvian and South American fans.  Hopefully, any alien tourists trying to land at Nazca won't be confused by my error.

Phyllis Galde (Minnesota) has been an explorer of the strange and unknown since her youth. Throughout the course of her life, Galde has encountered a variety of paranormal and mystical experiences that have shaped her world view, including living in a haunted house and witnessing many paranormal occurrences. She is the author of Crystal Healing, Publisher and Editor-in-Chief of FATE magazine, Publisher of Species Link Journal, and CEO of Galde Press, Inc. In her fascinating chat with Manwolf and Linda, Phyllis reveals many of her personal experiences such as encountering the ghost of her dead grandfather at a very young age, and explains how the staff chooses reader experiences for print in the magazine out of the hundreds they receive each month.
Posted by Stephen D. Sullivan at 8:49 PM 1 comment:

Barton Nunnelly's podcast is finally up. Sorry for the delay. Chalk it up to a combination of hinky software and an overworked and overtired blogmaster. I'm also activating the ability for our fans to post comments to the episodes, both here and at the Howls & Growls blog. Enjoy. And play nice.
Posted by Stephen D. Sullivan at 8:25 PM No comments: 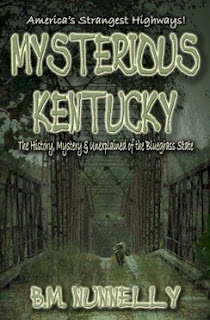 Cryptid researcher and investigator B.M.Nunnelly, a self-taught writer and artist, was born and raised in Kentucky, where he spent decades searching the bottom lands of the Bluegrass State for evidence of its unsolved mysteries. His wanderings have brought him face to face with such creatures as Bigfoot, water monsters, black panthers, out of place wolves, and other mysterious cryptids including a Thunderbird in 1998 - something no other living researcher can presently claim. He currently resides with his wife and son in Henderson, Kentucky.
Posted by Stephen D. Sullivan at 8:43 AM No comments:

A Favorite Show from BTR